Almanzor to kick off at Karaka 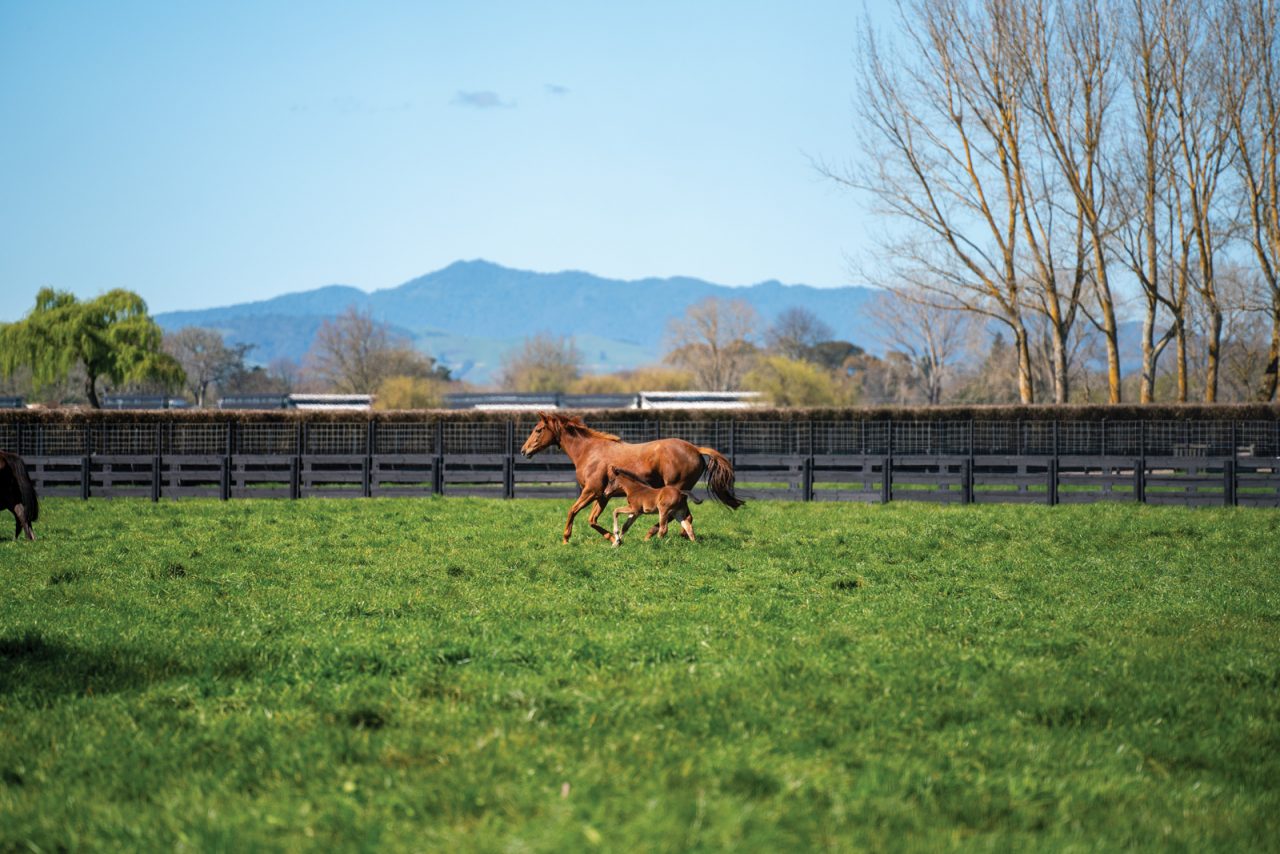 Cambridge Stud continues to thrive under new management with a strong investment into the New Zealand racing and breeding scene. The rewards have been coming their way with several promising types have already begun to emerge from the Cambridge Stud draft of 2019, who are currently half-way through their three year-old season, including Gr.1 placed winner Young Werther (Tavistock), Gr.3 placed Sweet Anna (Tavistock) and Gr.3 placed Snapper (Power). Young Werther won on debut in Geelong before running second in the Listed Super Impose Stakes and third in the Gr.1 Victoria Derby.

How has your farm risen to the challenges presented by COVID 19?

We were quite fortunate that when the country went into lockdown it was during a quiet part of the year and we had a lot of on farm staff that gave us the ability to operate under the restrictions that were implemented around the country. Thankfully by the time breeding season began everyone was able to move more freely again and were on board with handling any changing COVID protocols. Like a lot of businesses, we’ve had to be broad minded about how we have approached this year, particularly for the yearling sales as it looks like we will still have closed borders in January. Cambridge Stud has used our Horse Passport system for the last two years to provide increased transparency about our yearlings and we plan to take that to another level in 2021 so that buyers can feel confident they have access to all the footage and extra information about the horses they need even though a lot of them won’t be able to attend the sale.

Describe your draft for 2021 with highlights

A highlight of our draft and the catalogue as a whole will be the first yearlings by our European Champion racehorse Almanzor (Wootton Bassett). He was a world-class racehorse, rated equal to Winx by Timeform in 2016, so we are very excited about bringing them to the market in 2021. He is an exceptionally good looking horse himself and has passed it on to his progeny. We are also very fortunate to have a great representation of proven sires included in the draft. Tavistock has had another successful spring and is well represented with numbers in our draft. We also have a great cross section of many of Australasia’s best proven sires like I am Invincible, Snitzel, Zoustar, Savabeel, So You Think, Lonhro, Dundeel and Ocean Park.
Once again we are supporting NZB with the bulk of our yearling crop. Our draft should appeal to anyone on paper and we have some very nice types to match their pedigrees.

With so many stallions represented in your draft, can you tell us about a few favourites?

I started my role at Cambridge Stud in June so from that time I have had a chance to get a lot more familiar with Almanzor’s stock. I have been very impressed with the type and quality he has consistently produced. They have plenty of presence and have shown me that they have very sound temperaments to handle the pressures of racing.

Which horse in your draft looks the best chance to win a Karaka Million race?

It’s the million dollar question that most people at the sale will be trying to answer! The Snitzel colt out of Mefnooda (Lot 531) is very strong and forward and looks like he has Karaka Millions written all over him. The Spirit of Boom – Gracious Grey filly (Lot 426) is a typical Australian two-year-old type with plenty of substance and looks very precocious. Our I am Invincible colt (Lot 386) is a half-brother to 2018 Karaka Million 3YO winner Scott Base so he also has the right credentials. Note; he is also from the family of Gr.1 TJ Smith Classic winner Outback Prince and dual Gr.1 winner Hotel Grand.

In 40 years, what will people be nostalgic for?

Who knows, the way things are going maybe we will look back in 40 years and reminisce about when horse sales were held in person!

What are the unwritten rules of where you work?

No matter what we do at the farm it’s important that things are completed at high standards, done with integrity and under safe conditions for our employees.
Cambridge Stud will offer an impressive draft of fifty yearlings at the 2021 New Zealand Bloodstock National Yearling Sale, including fifteen yearlings from the first crop of their resident sire Almanzor, led by Lot 521, the half-brother to recent Gr.1 VRC Derby winner Johnny Get Angry (Tavistock), whose Zabeel dam is out of Listed JRA Cup winner Pavlova. Other highlights among the Almanzor yearlings in this draft include a colt, Lot 92, who is a half-brother to two year-old Listed winner Stella Di Paco, while Listed winner Twoznotenough has Lot 185, a filly who is her first foal, and this is the Bonanova family. The third foal of multiple group winner Abidewithme, Lot 231, is a colt with a stallion’s pedigree, and Lot 298 is colt out the Gr.3 winning More Than Ready mare Caminadora.

A full brother to Gr.2 winner Tavidream is Lot 315, with Tavistock’s Gr.1 VRC Derby winner Tarzino also in this family. A close relative to Young Werther is Lot 255, a colt out of Ziffel, a young Zabeel mare who is a half-sister to the flying Amelia’s Dream, while the colt, Lot 51, is the first foal of Gr.2 placed winner Promise to Reign.

Among the remainder of the yearlings on offer, there are twenty four yearlings by twenty different stallions.

First crop of dual English/Irish Two Thousand Guineas winner Churchill is Lot 347, a colt out of Gr.3 Nivison Stakes winner Diamond Earth (Choisir), whose first two foals are already winners.
A filly with a speed pedigree is Lot 305, being by Flying Artie out of Listed winner Cathay Lady (Exceed and Excel) whose first three foals to race are all winners in Australia. Another filly with a nice pedigree is Lot 478, from Russian Revolution’s first crop and out of Gr.2 winner (of seven races) Kelly O’Reilly.
Very few Lonhro colts make it to the yearling sales, and Lot 214 is the first foal of winning mare Word Games (Fastnet Rock), who is a half-sister to dual Gr.1 winner Fiveandahalfstar, and is a full sister to group placed Wordplay, the dam of recent winner and stakes placed Word For Word.
Other sires represented in this draft include Dissident, Dundeel, Impending, Merchant Navy, Ocean Park, Per Incanto, Rubick, Savabeel, Shamexpress, Snitzel, So You Think, Spirit of Boom, and Zoustar.
Cambridge Stud is New Zealand’s iconic Thoroughbred nursery with a long history of racetrack success and the new ownership continues to build on that. Buyers can take confidence in the Cambridge Stud brand and know that they are buying a product that will give them the best chance of standing in the winner’s circle.