First published in the November/December 2020 edition of BLUEBLOODS]

EACH June thousands of eager racing fans join the hustle and bustle that is Royal Ascot, lining up to quench their thirst at a number of bars, many of which are named after the horses who have made their mark on the world famous race meeting. 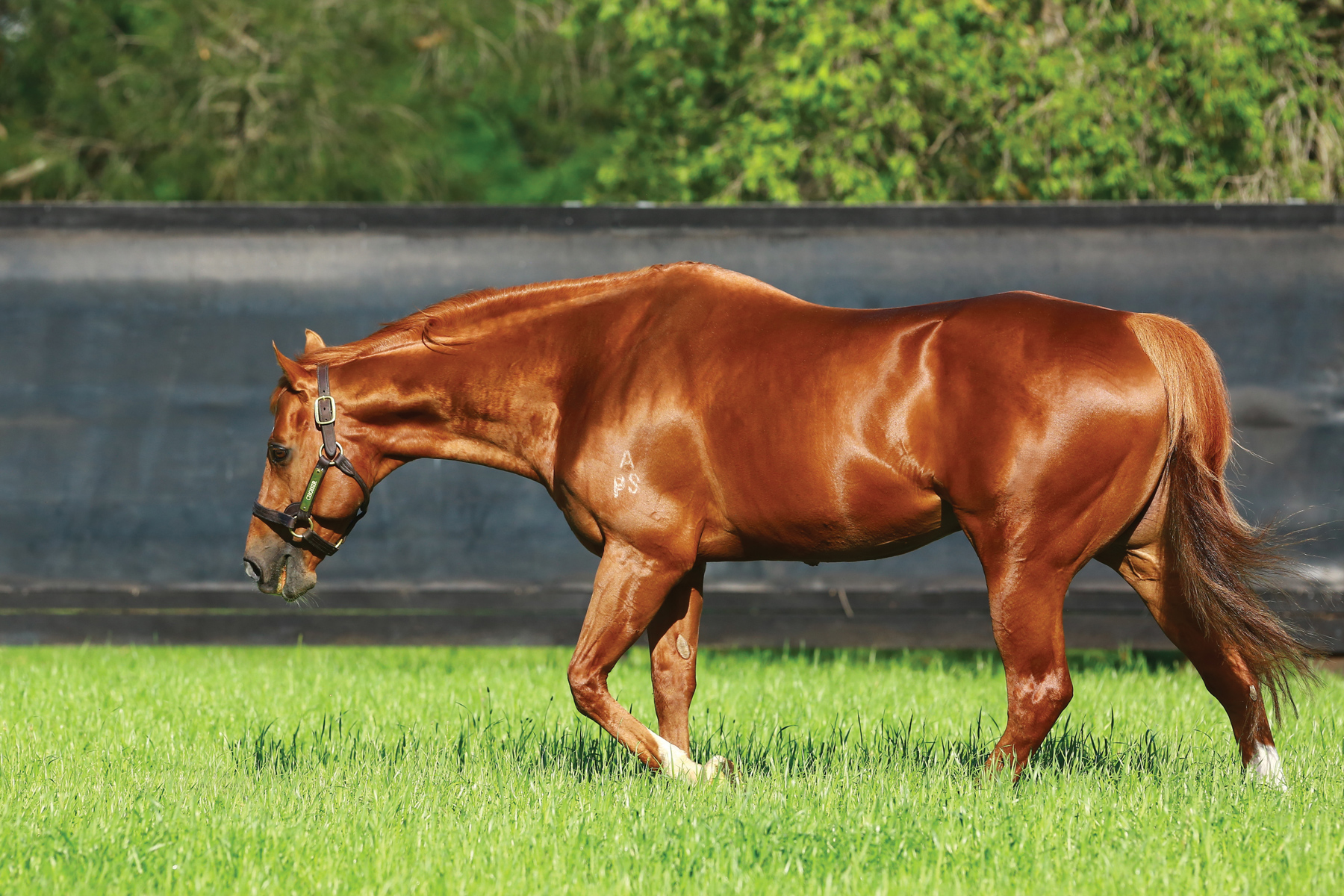 Amongst them; Frankel, Galileo, Swain, Brown Jack, Nijinsky… and Choisir.

Whilst not the first Australian horse to venture successfully to distant shores, Choisir was the modern trailblazer for connections of sprinters to have the Royal Ascot meeting firmly in their sights.

Something that was never really in the Australian mindset before Choisir’s memorably exciting 2003 northern hemisphere campaign. Two runs within five days, stunning victories in the King’s Stand Stakes-Gr.2, 5f and the Golden Jubilee Stakes-Gr.1, 6f resulted.

Which paved the way for the likes of his son Starspangledbanner as well as such wonderful sprinters as Black Caviar, Takeover Target, Miss Andretti, Scenic Blast and Merchant Navy who have all written their name in Royal Ascot history.

Shortly after Choisir’s UK campaign it was announced that he would be retired to stand at Coolmore Stud and Colm Santry remembers the amazing instant reaction; “his book was full within the day.”

And from thereon Choisir remained popular with breeders in Australia and Ireland who appreciated the speed and talent that saw him win seven of his 23 starts. Many, including Santry, remember in particular his stunning performance in the Lightning Stakes-Gr.1, 1000m.

“By himself along the inside fence with Bossie aboard, what a win that was,” Santry said.

For 17 years Choisir has called the two Coolmore bases in Australia and Ireland (he shuttled north on eight occasions) home and, after siring 1161 individual winners, he is now enjoying a well earned retirement.

Boasting good fertility right up to last season, the 21-year-old has had his influence felt around the world as 97 of his sons and daughters are stakes winners, 11 of those Group One winners. He boasts progeny earnings in excess of $124 million and has been represented by stakes winners in 12 different countries; Australia, New Zealand, England, Ireland, France, Italy, America, South Africa, Hong Kong, Macau, India and Turkey.

One achievement that stands out to Colm Santry was Choisir’s record of siring “the winners of some of the biggest races around the world.”

As well as Olympic Glory, winner of four majors in the UK and France, and the horse Santry considers Choisir’s best, he praised fellow four time Group One winner Starspangledbanner who followed in his father’s Golden Jubilee footsteps.

Starspangledbanner has spent part of his stud career at Coolmore, Santry proud of the four generations he represented at the farm; following on from Choisir, Danehill Dancer and Danehill.

Choisir (who in 2015 was inducted into the Australian Racing Hall Of Fame) has been a versatile stallion, his stakes winners successful over a variety of distances from 800m to 3200m out of all sorts of mares. “He has been like Danehill Dancer in that regard, stallions who can get anything and do well with mares from any sire line.”

And now Choisir is doing the job as a broodmare sire, his daughters already producing 18 stakes winners including four “world class” Group One winners; Winter (winner of five of her ten starts including the English and Irish 1000 Guineas-Gr.1,8f, the Coronation Stakes-Gr.1, 7f and the Nassau Stakes-Gr.1,9f), My Dreamboat (Prince Of Wales’s Stakes-Gr.1, 10f), Persuasive (Queen Elizabeth II Stakes-Gr.1, 8f) and Oxted (this year’s July Cup-Gr.1,6f hero).

“I think Choisir’s influence is going to be felt across the world for a long time to come,” Santry said, happy that Coolmore will continue to be home for the treasured chestnut.

“He has always been much loved and will continue to be so.”

Everyone who has worked with Choisir has had a soft spot for him, such as Brian Byrnes who spent five years at Coolmore. “Choisir has the most unbelievable temperament, such a kind nature that a kid could handle him. He was always one of the favourites in the barn and he was very good in the breeding shed, he never took too long, even as he got older. Sometimes it was quite comical watching the guys trying to slow him down!”

Tommy Harty, who spent four years at Coolmore in Australia and Ireland, is also a Choisir fan. “He was a pure gentleman to deal with. He loved the open days, he would put on a show for the crowd! He was on a par with Encosta de Lago in terms of his kind nature.”

Not only will Choisir’s genetic influence be long felt, the memories of his wins, especially the two at Royal Ascot, will live long in the memories of racing fans. And those great calls… “The Aussie’s gonna do it! What a famous victory!” “A Remarkable Royal Ascot double!”