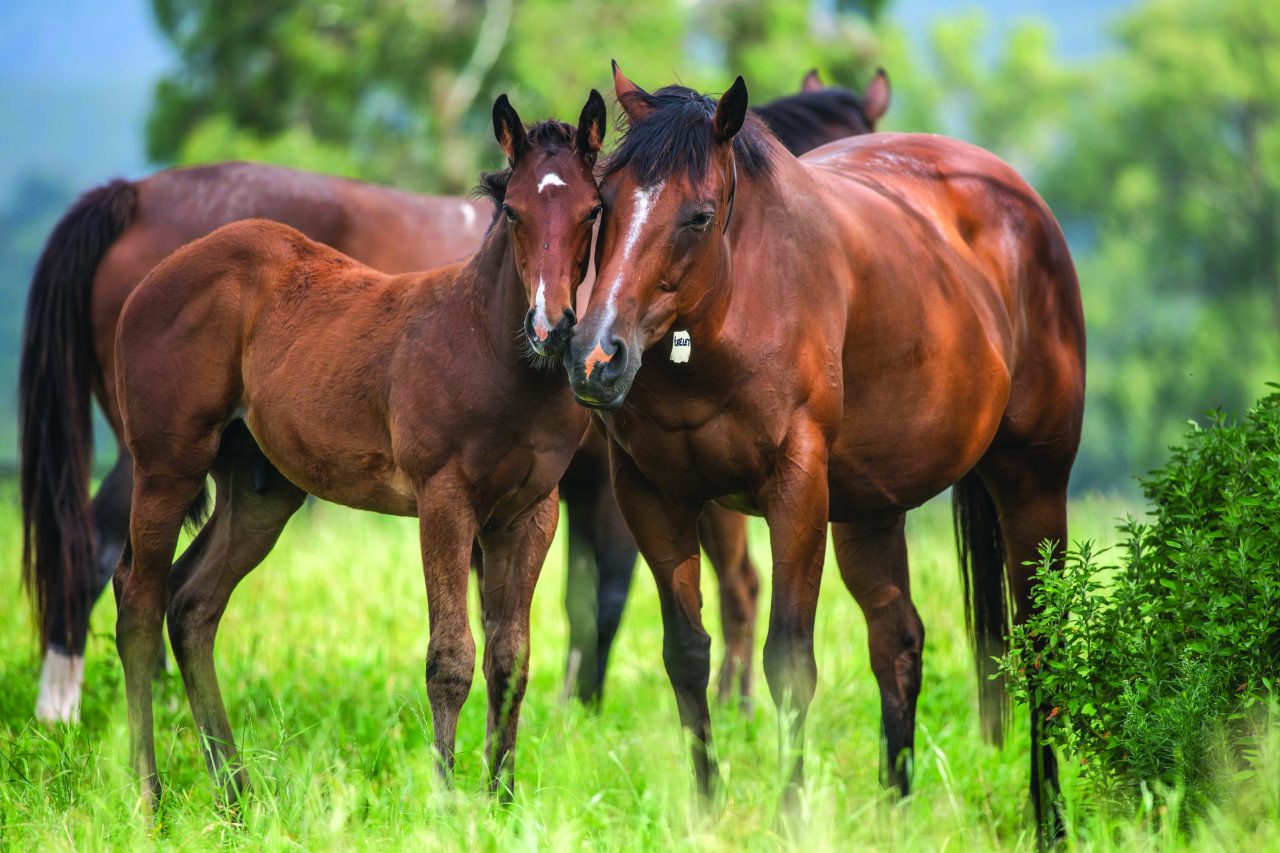 Buyers have come to expect yearlings with mouth-watering pedigrees from Cressfield, and their draft of thirteen yearlings for the 2022 Magic Millions Gold Coast Yearling Sale won’t disappoint. Four of their yearlings are out of G1 winning mares, and the draft of yearlings represent ten different quality stallions. The latest pin-up horse from the Cressfield drafts at the Magic Millions Gold Coast Yearling Sale is promising three year-old Jamaea (Headwater) who won the G2 Percy Sykes Stakes last season as a two year-old.

“2022 sees Cressfield bringing a slightly larger draft than in other years,” said Liesl Baumann. “Magic Millions has delivered very strong results for us historically with good clearance and healthy averages. We have chosen to take a more complete draft of yearlings here this year rather than placing one or two at later sales. We have done this for a couple of reasons, one is to capitalise on a likely buoyant early market and the other is to allow us to streamline our on-farm operations. In doing so we assembled quite a diverse range of types, sires, and strengths of pedigrees. While there is less uniformity on type, we believe we bring a bunch of quality well related horses that should appeal to a broader buying bench.”

A pair of I Am Invincible yearlings will attract plenty of attention, particularly the colt, lot 422, out of Magic Millions 2YO Classic winner Real Surreal (Real Saga). This colt is Real Surreal’s third live foal, and this family is a typical speedy colonial family with Real Surreal being a half-sister to G3 winner Benny’s Buttons. “A really masculine, handsome colt with a nice clean throat latch and good bone.” The other I Am Invincible is a filly, lot 489, with huge residual value, being the second foal of G1 Robert Sangster Stakes winner Secret Agenda (Not A Single Doubt) who is from the Joie Denise family. “A smaller precocious type, with a strong shoulder, broad across the hips and a very laid back nature.”

Royal Ascot winner Merchant Navy has started his stud career strongly with a group placed two year-old in the first few months of the new season and both his colts in the Cressfield draft are out of G1 winning mares. lot 377 is the fourth foal of dual G1 winning sprinter Platelet (Strategic) whose first foal is a dual winner. “A good boned colt with a nice length to his hip and a big relaxed stride.” Lot 438 is a half-brother to sire Headwater out of G1 winner River Dove (Hurricane Sky). “A big strong framed colt, muscular and well developed.”

Mid Summer Music won eleven races, including the G1 Stradbroke Handicap, and her filly, lot 256 by All Too Hard, is a half-sister to group placed Euphoric Summer who won the Magic Millions 2YO Clockwise Classic. Mid Summer Music has fashioned a good record at stud with all her three foals to race being winners. “A filly with few markings, is clean boned, with good feet and a broad nostril.”

One of Cressfield’s best families is that of Listed winner Personify, the dam of Cressfield’s G1 VRC Oaks winner Personal, and two half-sisters to Personal have yearlings in this draft. Lot 15 is a colt by Champion Sire Exceed and Excel, and this colt is the second foal of winning mare Epitomise (More Than Ready). “A later colt that is developing before our eyes. He is a neat, racy type.” Lot 366 is a Dundeel filly out of Personification (Redoute’s Choice) who has left four winners to date. “A truly athletic, good walking type of filly with a lovely front end really reminiscent of her sire.”

Cressfield bred Headwater and they will offer two of his colts at Magic Millions, including lot 367 who is out of Pfeiffer (Storm Cat), an imported half-sister to two stakes winners, while lot 809 is out of super tough Listed winning racemare Black ‘n’ Tough (Tough Speed) who won thirteen races up to a mile. “Easily the best foal out of the mare, a well- proportioned, well -developed colt. The one you notice in the paddock straight away.” Closely related to Headwater is lot 1043, a No Nay Never filly is the second foal of Water Rising (Fastnet Rock), who is a half-sister to Headwater.

A Russian Revolution colt, lot 720, is out of winning mare Adelie (Red Ransom) who is a full sister to G2 winner Portillo (dam of Ghisoni) and a half-sister to G1 winner Snowland and stakes winner Snippetson.
The Deep Field colt is bound to draw the eye of good judges. From the Personify family comes lot 53 whose winning dam, Floreana (Snitzel) is a half-sister to stakes winner Villami, and Cressfield’s Magic Millions Gold Coast Yearling Sale group placed winning graduate Aquagirl.

Jeu de Cartes is a half-sister to Champion Stayer Nom Du Jeu, and both are out of dual G1 winner Prized Gem.

Dumbest way you’ve been injured?
I was leading a colt at a sale and he had just started to jack up and not want to go back into his box. I went to flick him with the end of my lead behind my back but in doing so I hit the tip of my ring finger against my leg. I hit my finger hard enough that it broke but didn’t realise it at the time. It wasn’t until three weeks later that I noticed the tip of my finger starting to droop and I decided I should see someone. It required pins and two operations.

The best and worst purchase you’ve ever made?
I had a rush of blood recently and purchased a large, gorgeous, hand-made Moroccan floor rug, then immediately felt buyer’s remorse. It’s beautiful and I do love it however I now get to watch kids drop their crumbs and spill their drinks on it.

What’s something your brain tries to make you do and you have to will yourself not to do it?
Hit the snooze button!