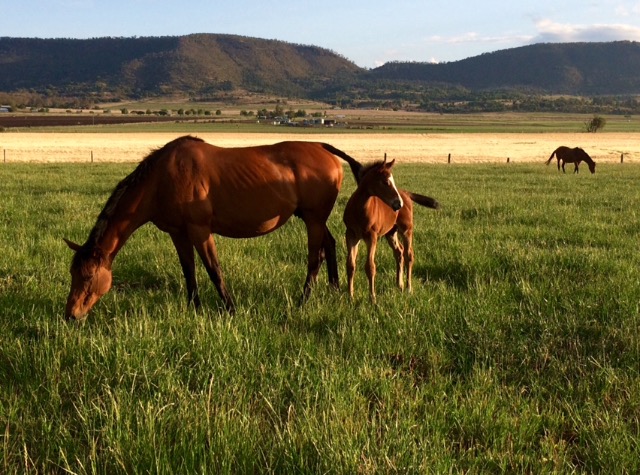 The best start to the 2020/21 racing year made by any first season stallion has that been made by Raheen Stud’s high class sprinter Heroic Valour.

With 83 two-year-olds on the ground he has not been afforded the same opportunities as some of the more expensive horses but at his fee of $7,700 he is one of the best value young stallions in the country.

At the time of writing in early November, the Auckland Diamond Stakes-G1, 1200m winner had been represented by three winners from his first five runners with Mishani Persuasion impressive saluting (whilst still racing greenly) at Eagle Farm at just his second outing whilst Heroic Son and Heroic Angel both created big impressions winning in easy style at debut.

All three have interesting pedigrees, Mishani Persuasion being bred on a 3mx3m cross of Danehill with his dam being by Commands who hails from the same prolific Mumtaz Mahal family as Heroic Valour’s dam sire Nassipour whilst Heroic Son has a 6fx7f cross of the terrific mare Flower Bowl as well as crosses of Blushing Groom, Nijinsky II and Vice Regal.

Heroic Angel meanwhile has continued on the good work of the Fastnet Rock/Storm Cat cross, one which provides for a cross of Crimson Saint, Storm Cat’s grandam who is also the dam of Fastnet Rock’s dam sire Royal Academy.

Heroic Valour’s early success has come as a somewhat pleasant surprise to Basil Nolan who was expecting them to show talent on the back of good success at the sales which flowed on from the great types he has been siring.

“I did think that they would be showing their best as later two year-olds,” he said, “I just wasn’t sure if they would be pre-Christmas types.” Meaning that there is plenty to look forward to!

Nolan has always been a fan of Heroic Valour who he describes as “a lovely horse who marks his progeny well.”

“When a foal comes in you can tell which ones are by Heroic Valour, he is an easy horse to do anything with and his foals are the same.”

Nolan is looking forward to selling 11 members of Heroic Valour’s second crop at the Magic Millions, a sale he has always been a keen supporter of.

“It has been a marvellous concept from day one,” he said, recalling a very early visit to the site when it was “still a swamp!”
“The sale and race day is at the right place at the right time with the Gold Coast always a great place to be around Christmas and New Year.”

Lot 588 bay filly from Sweet Cherub (by Canny Lad): bred on the same Heroic Valour/Canny Lad cross as Heroic Angel, she is a half-sister to the exciting stakes winner Sweet Dolly, unbeaten from her four starts last summer.

Lot 934 chestnut colt from O’Venus (by Anabaa): half-brother to six winners including the stakes winner Throssell and the stakes placed Germayne Lass out of a half-sister to the Group 3 filly Vigil.

Lot 995 brown filly from Sop (by Dodge): another out of a Canny Lad (a horse who served Raheen well as proud shareholders) line mare, her dam is a 3/4 sister to the stakes winner Con’s Army. Half-sister to the talented Golden Avenger who has won five of his 14 starts including his last two in easy fashion.

Lot 1005 brown colt from Sweet Adaline (by Lonhro): second foal for a city winning daughter of the Group 2 winner Adaline from the family of the recent Group 2 winner Extreme Warrior. His dam’s cross of Mumtaz Mahal’s best local influence Eight Carat should pick up nicely with Heroic Valour’s strain of Nassipour.

Lot 1036 brown colt from Virginia Plain (by Sebring): out of a winning half-sister to the stakes placed Tongsai Boss from the family of Singapore star Rocket Man, he carries a 6fx7m cross of Milan Mill, grandam of Heroic Valour’s second dam sire Western Symphony and dam of the legendary Mill Reef.

Lot 1059 chestnut colt from All About Julia (by Pierro): another out of a Lonhro line mare and another line-bred to Milan Mill, he also carries a 2mX3f cross of Fastnet Rock who is yet to have a runner as a line-breeding subject. He is the first foal for a winning mare whose dam is a 3/4 sister to Zipping.

Lot 1105 bay filly from Days Of Innocence (by Lion Hunter): out of a mare bred on the same Danehill/Vice Regal cross as Heroic Valour, she is a half-sister to stakes placed Grey Missile (ten wins) out of a sister to Chautauqua’s Group 1 dam Lovely Jubly.

Lot 1113 bay filly from Domitilla (by Strategic): another line-bred to Milan Mill, she is a half-sister to the stakes winner Sylpheed out of a three times winning half-sister to the Group 2 winner Free Wheeling from the successful Toltrice family.

Lot 1157 bay filly from I’m Adorable (by Captain Sonador): a 3/4 sister to lot 1113 being out of a placed daughter of Domitilla, he boasts cross of Milan Mill and Crimson Saint.

Whilst Heroic Valour is obviously Nolan’s favourite stallion, he also has a major soft spot for Zoustar in whom he has been a long time shareholder. “He has been pretty special to us,” he said and Raheen have three lovely yearlings by him going through the ring; lot 694 (a colt out of a half-sister to Missrock), lot 721 (the first foal for the stakes placed Aeecee Tong De) and lot 249 (a half-sister to the promising Flower In The Wind out of a city winning daughter of the stakes winner Strawberry Field).

Two Spirit Of Booms are also highlights of the draft; lot 439 (second foal for a city placed daughter of the US stakes winner Pardon) lot 690 (a colt out of the multiple city winner Widow’s Walk).

Also going through the ring for Raheen is a Nicconi filly (lot 1054, the first foal for a daughter of the juvenile stakes winner Defiant Dame) and lot 1131 (an Encryption colt out of the multiple city winner Fleet Riane whose first three foals are all multiple winners).
Nolan is delighted with the overall quality of the draft, saying that “we try to improve each year and this is as good a group of yearlings we have ever sent to the Magic Millions.”

“The Zoustar/Wisdom Tree colt is an extremely nice type and probably my pick of our draft and the half-sister to Sweet Dolly is also impressive. And we have a high opinion of of Fleet Dove whose half brother is our Encryption colt.”