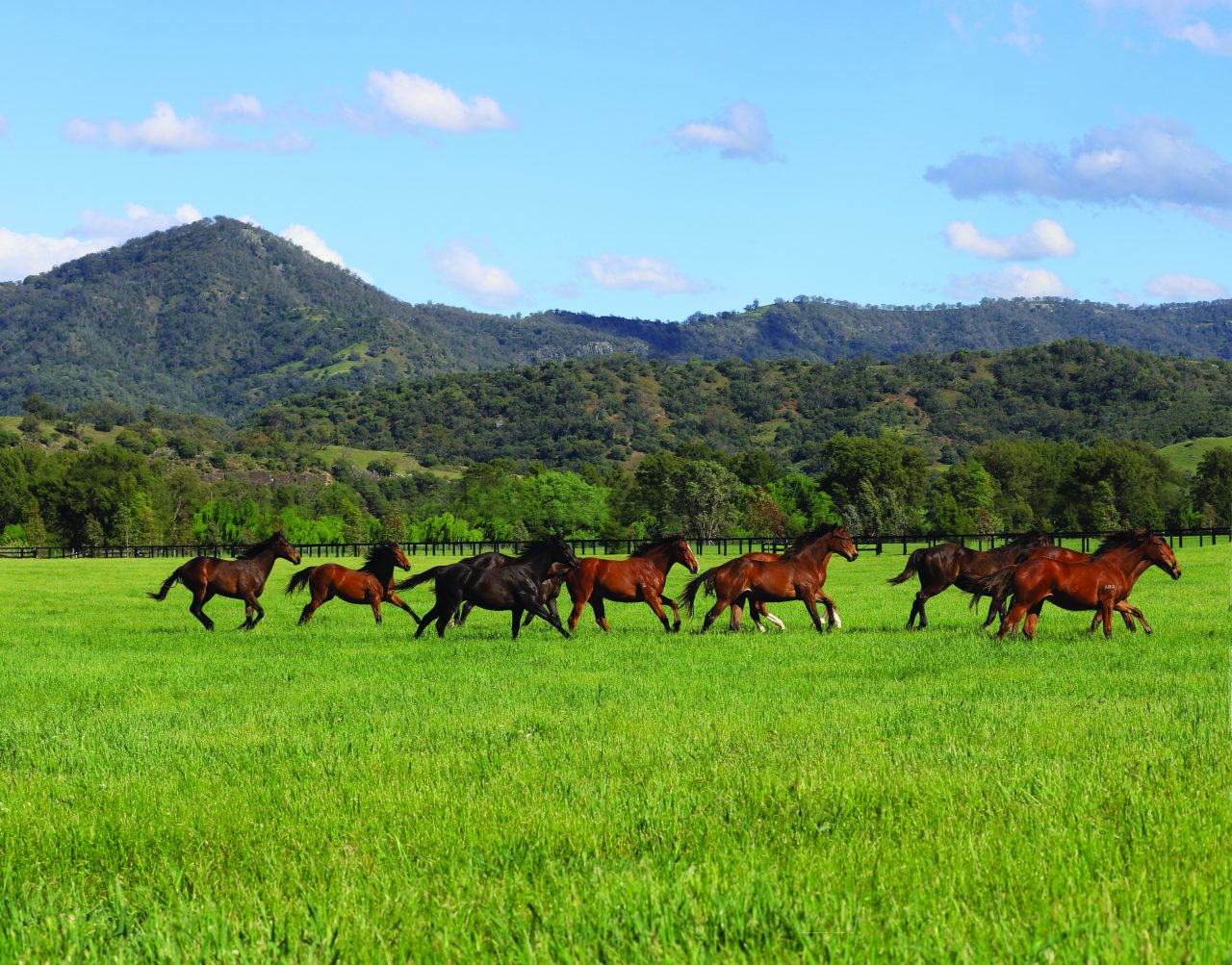 What do dual G1 winning colt and first season sire King’s Legacy, the G2 winners Poland and Vangelic, the G3 winners Holyfield and Barbaric, and the Listed winner Ellsberg have in common? If you answered they were part of one of the most successful sales in Magic Millions history then ‘well done you’, but more accurately and more remarkably, they were all sold by just one farm, Segenhoe Stud at the 2019 Gold Coast Sale.

For a farm with a large consignment perhaps a couple of Stakes winners from any one auction would be satisfactory, but to have 26% of just one draft join the elite of the sport is astounding. When discussing the feat with Segenhoe’s General Manager Peter O’Brien, he pointed out that such results aren’t just an outlier. “Overall, over the past ten years, the farm is running at just under 16% Stakes performers to yearlings sold which would have to be one of the highest rates in Australia, a record which we are very proud of”, he explained.

And early indications are the 2021 graduates are going to carry on in the same vein with Peter offering up a couple of horses to ‘black book’ even this early in the juvenile season. “We are particularly keen to watch two horses from last year’s draft starting with Wild Calm (American Pharoah) who flashed home in the Gimcrack Stakes, when beaten a nose for fourth recording the fastest late sectionals for the day. Annabel Neasham believes she is a Golden Slipper filly. The other one to watch is an I Am Invincible colt called Vinnie’s Spirit who trialled brilliantly the other day and Gai (Waterhouse) has high aspirations for him.”

With 30 yearlings entered for the 2022 Gold Coast Sale at least eight will have to win Stakes races for Segenhoe to set a new personal best, but speaking to Peter, and having made a fruitless search for chinks in their respective pedigrees, the old record can be considered under threat. O’Brien said “We have our biggest draft by a long way ever at the Magic Millions and it’s a superb draft which is testament to the way the sale has grown. The terrific management team in place at Magic Millions gives us breeders great confidence to bring our best stock to the sale.”

Singling out yearlings from a draft that offers different qualities and makes appeal to a broad spectrum of buyers can be a thankless task, but after some gentle nudging Peter discussed a few of his favourites. “We have an absolutely magnificent Not A Single Doubt colt out of the G3 winning, G1 placed mare Miss Admiration (Sebring) to sell as lot 261. We raced the mother who was as tough as old boots, and this colt is as good as you will see. He’s a typical Not A Single Doubt; he’s not big but low slung with a terrific action and looks an absolute racehorse. I’d be very surprised if he didn’t top our draft, if not the sale.”

Peter also likes the Written Tycoon colt out of Taraji. “We bought him when he was one of the standout weanlings of the year. He comes from the family of Music Magnate and from the day we bought him he has just got better and better and better. He reminds me a lot of Capitalist, that type of Written Tycoon, and obviously the sire is going from strength to strength. I’ll be surprised if there is a better looking one by the sire than this fellow.”

Then there is lot 309, a Per Incanto colt out of the three time winning mare Nasaayim. As a $500,000 pinhook from the Shadwell Australia dispersal he must have been stunning. “He’s a beautiful colt from a speed family from a Redoute’s Choice mare who is out of an Elusive Quality mare who is out of a Snippets mare, so he has the blood of three of the best broodmare sires of our lifetime. All I can say is he’s a special colt.”

Asked to single out a colt that might surprise a few people it took a while for Peter to answer as if spoilt for choice. Finally he landed on lot 591, the Dundeel colt out of Sweetener by Snitzel. “This fellow just exudes quality and is probably the best moving colt that we have. He’s a very precocious looking Dundeel with a big hip and a short back while his dam is from the family of Secret Agenda (Not A Single Doubt). He’s a half-brother to a horse of Gary Portelli’s called Disruptor (Dissident) who he thought was a Group horse until he went amiss.”

Each of the fourteen fillies that will travel from Rouchel to Bundall go there backed up by big pedigrees. Take lot 12, the
Not A Single Doubt – Houston Benefactor filly. for example. “The dam is a beautiful Encosta De Lago mare whose daughter Starla (Snitzel) is knocking on the door to win a Stakes race. Again a typical Not A Single Doubt, strong, short coupled, great mover, precocious and flashy, you won’t miss her.”

Another in the same bracket is lot 716, a Zoustar filly out of Abbey Road, a daughter of the three time G1 winning sprinter/miler Private Steer (Danehill Dancer). “Gai Waterhouse thought Abbey Road was a genuine G1 horse. She was beaten a nose on debut by the subsequent G1 winner Peeping, that pair putting five lengths on the rest of the field. Abbey Road comfortably lost her maiden status at her next start but then unfortunately broke down. Her owner John Camilleri has bred her up properly, as she deserves, and this is definitely the best foal she has had, a beautiful, big, scopey filly with a terrific action. The dam’s first foal Ticket To Ride (Vancouver) ran third in the G3 Gimcrack Stakes.”

“John also has lot 669, the I Am Invincible filly out of Villa Carlotta, a G2 placed daughter of Street Cry from the famous family of Redoute’s Choice. I would say this is our best filly, she’s just all quality with a great hip and a great action and for me she is the best ‘Vinnie’ filly I’ve seen.” High praise indeed, but when we questioned if she really was that good, Peter simply replied, “oh, she is!”
Then there is lot 707, the Shalaa filly out of Zara Bay. “Zara Bay is a Stakes placed sister to Merchant Navy and for me hails from one of the most active families around, Stakes winners coming from each dam on the page seemingly every season. Her first foal, Saucey Horsey (So You Think) is already a winner and I know the Maher/Eustace team have lofty ambitions for her, thinking she could be a G1 filly in the Autumn.”

Having twisted Peter’s arm for a colt to follow we couldn’t let him get away without finding a filly that might also fly a little under the radar. He pointed out lot 582, a filly by The Autumn Sun out of the Stakes winning mare Sunset Rock (Domesday). “This filly is an unbelievable mover and the mating with one of the best colts of a generation gives the mare every chance to get a good horse. I like fillies with a bit of sass in them and this filly certainly has that.”

So in a short space of time we had discussed nine of Segenhoe’s thirty strong draft. Now comes the tricky task of working out which of them is going to contribute to the farm’s impending personal best.