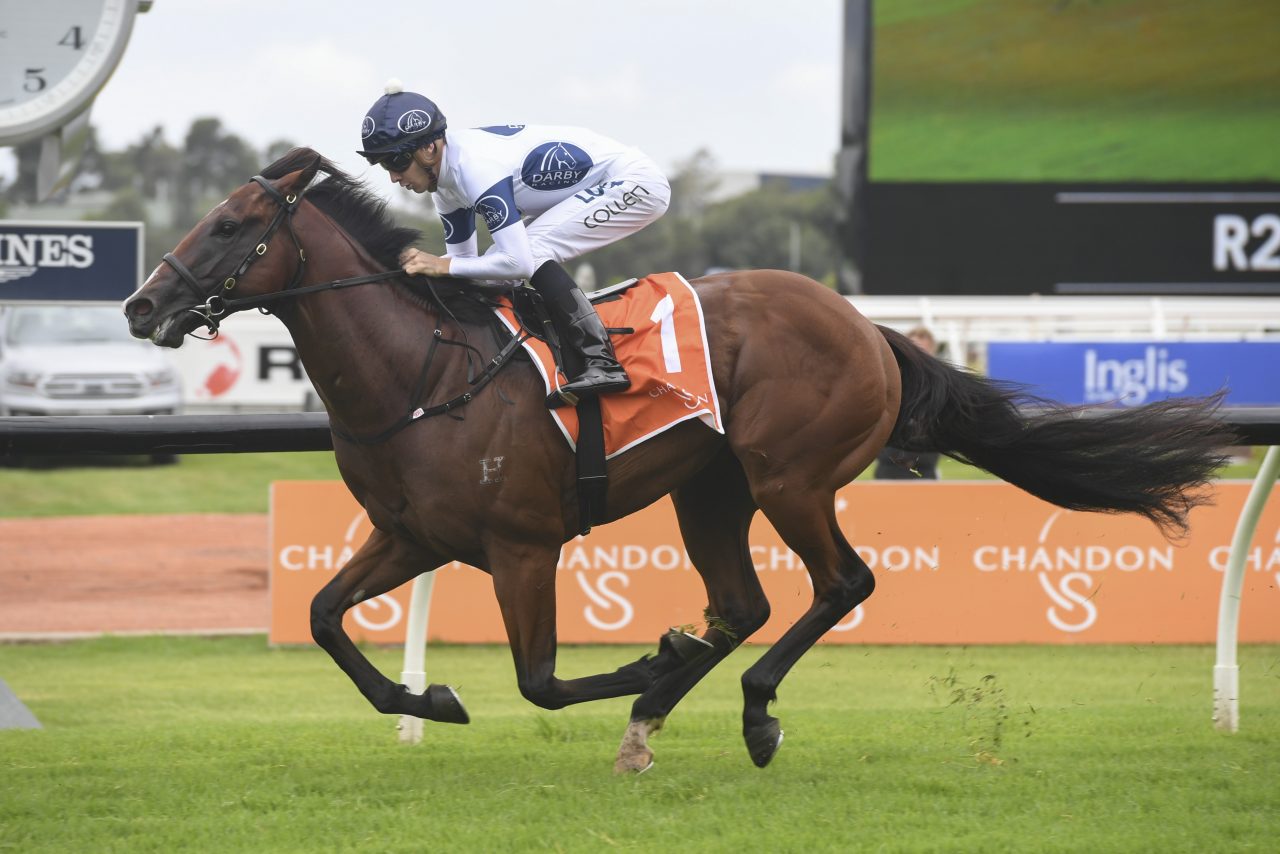 Keen to offer breeders access to early speed, Kingstar have secured this dashing sprinter for stud duties this spring and the handsome member of the Redoute’s Choice sire line is bound to have plenty of fans.

A $325,000 graduate of the 2018 Magic Millions, Time To Reign was an easy Warwick Farm trial winner before making an impressive debut over 1000m at Rosehill in the spring of his juvenile year, sprinting clear over the final stages with Bivouac 2¼ lengths away.

Odds-on when saluting at Rosehill a few weeks later, Time To Reign raced a little keenly when resuming but was able to atone with a dominant victory over Tassort in the Silver Slipper Stakes-Gr.2, 1100m and he was not far away when fifth in Kiamichi’s Golden Slipper-Gr.1, 1200m.

Time To Reign is a son of Snitzel’s Pago Pago Stakes-Gr.2, 1200m and BRC Sires’ Produce Stakes-Gr.2, 1350m winner Time For War who sadly died young having been at stud for just two seasons. 49 of his 82 runners are winners including the Zeditave Stakes-Gr.3, 1200m winner He’ll Haunt Us.