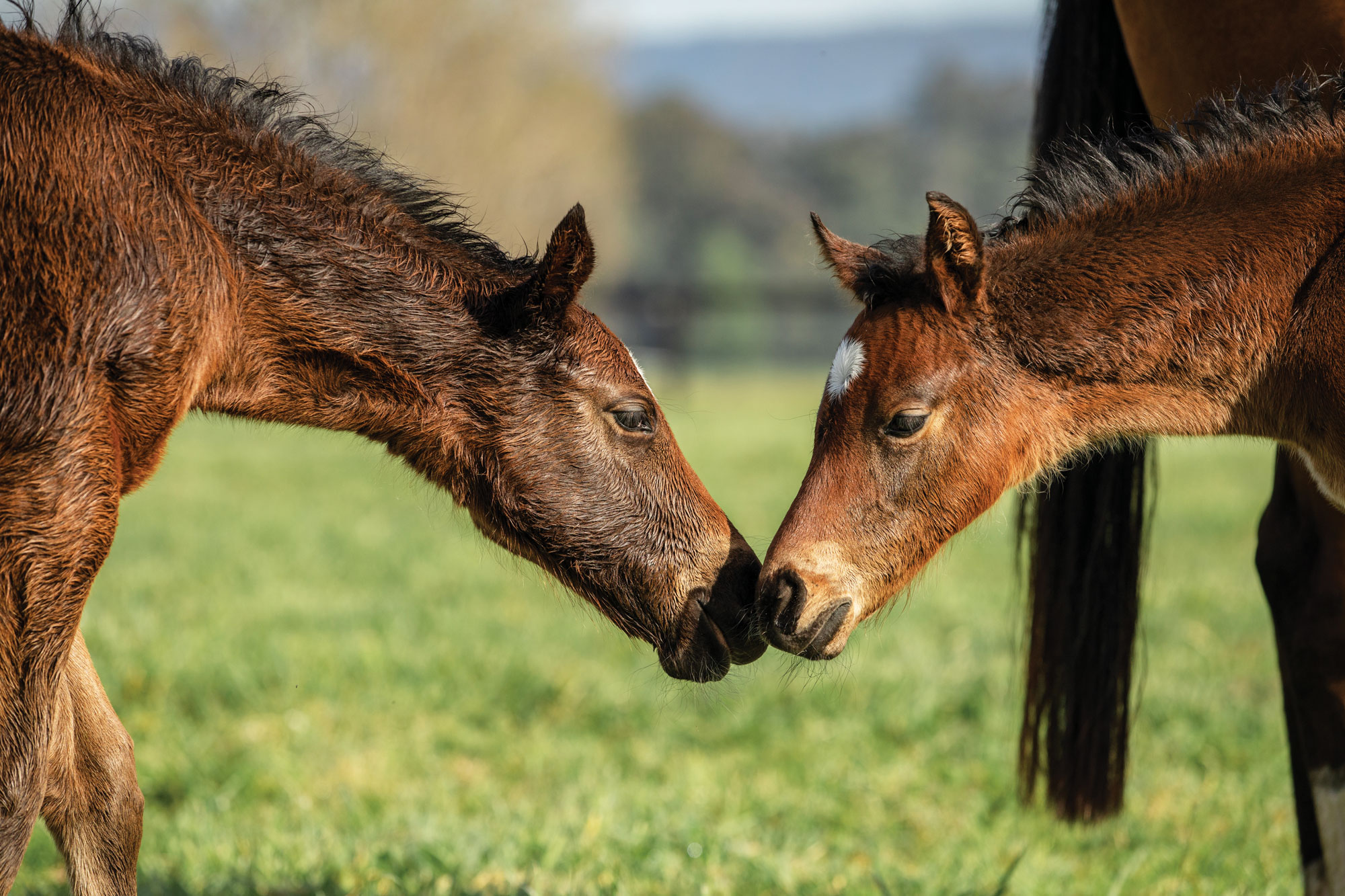 The two dual Group One winners are both graduates of Magic Millions sales and already Tyreel’s 2020 draft are showing promise with the Richard and Michael Freedman trained Allusionist being a recent trial winner. Meanwhile their 2019 draft produced three stakes winners from just ten yearlings; Montefilia, Every Rose and Snickerdoodledandy.

Tyreel presents another impressive draft for 2021…

Lot 144 – bay filly by I Am Invincible from Catalonia (by Flying Spur): sister to the (restricted) Listed winner Espaaniyah out of a stakes placed 3/4 sister to the Group Three winner Jorda from a terrific old Woodlands Stud family.

“A sensational filly,” said stud manager Rob Sims. “With her striking good looks, short coupled frame and athletic movement she is a must-see see on any inspection card.

Lot 161 – chestnut colt by Written Tycoon from Choux Diva (by Thorn Park): second foal for a Sandown winning sister to the Group One winners Jimmy Choux (NZ Horse Of The Year) and Miss Wilson.

Lot 193 – bay filly by Hellbent from Couredge (by Show A Heart): half-sister to the Gimcrack Stakes-Gr.3, 1000m winner Every Rose and the metropolitan winners Academy and Smartedge out of a half-sister to the stakes winners Vintedge and Youths Edge from the family of Racer’s Edge.

“An eye-catching filly from a speed influenced colonial family, she will draw plenty of attention.”

Lot 246 – chestnut colt by Ocean Park from Dubrovnik (by Medaglia d’Oro): son of a three times winning half-sister to the tough campaigner Unbiased from the family of the dual Group One winner Tempest Morn.

“An angular, loose moving colt who is maturing into a very progressive looking type. “

Lot 254 – brown colt by Spirit of Boom from Elimbari (by Fastnet Rock): half-brother to four winners including the stakes placed Vincere Volare and Conscious out of a stakes placed city winning daughter of the fast Listed winner Shalt Not.

“An athletic nice moving progressive colt who is very typical of the sire. “

Lot 305 – bay filly by Hellbent from Fimatino (by Not A Single Doubt): half-sister to Shaquero who looked so good winning the Breeder’s Plate-Gr.3, 1000m at debut in early October. Her dam is a two times winning half-sister to the Singapore based dual stakes winner Ghozi and to the dam of the W.S Cox Plate-Gr.1, 2040m hero Shamus Award.

“One of the nicest representatives of the Hellbent breed, she is a striking filly with imposing looks and fluid movement.”

Lot 501 – bay/brown filly by Zoustar from Mabkhara (by Anabaa): dam’s five to race are all winners including the Group Three placegetters Wandabaa and Seewhatshebrings. Hails from the prolific Easy Date family.

“A sharp and bright minded filly, very typical of her sire.”

“He has great flashy features much in the mould of many of his sire’s speedsters such as Miracles Of Life and Karuta Queen; he has all in front of him, if you can catch him!”

Lot 549 – chestnut filly by Sebring from Miss Hufflepuff (by Encosta de Lago): boasting a cross of the terrific mare Rolls, she is out of a city winning daughter of the Irish stakes winner Miss Helga, also dam of the Hong Kong stakes winner Liberator.

“A mature and powerful filly who has the scope to be early and the substance to train on.”

Lot 634 – bay colt by So You Think from Perfectly Safe (by Exceed And Excel): first foal for a Sandown winning half-sister to the multiple city winner Lonhruge from a high class European family.

“A classic colt with size, strength and power like his sire.”

“The filly with the X Factor. Rarely does all this combine but this strong looking filly has great strength through her shoulders and hip that will develop into an amazing source of power and strength.”

Lot 886 – bay filly by Smart Missile from Think Out Loud (by So You Think): first foal for a city placed half-sister to the Group Two winner Miss Gunpowder from the family of the Group One mare Absolut Glam.

“A sharp looking filly with a great attitude, she has all the makings of a precocious athlete.”