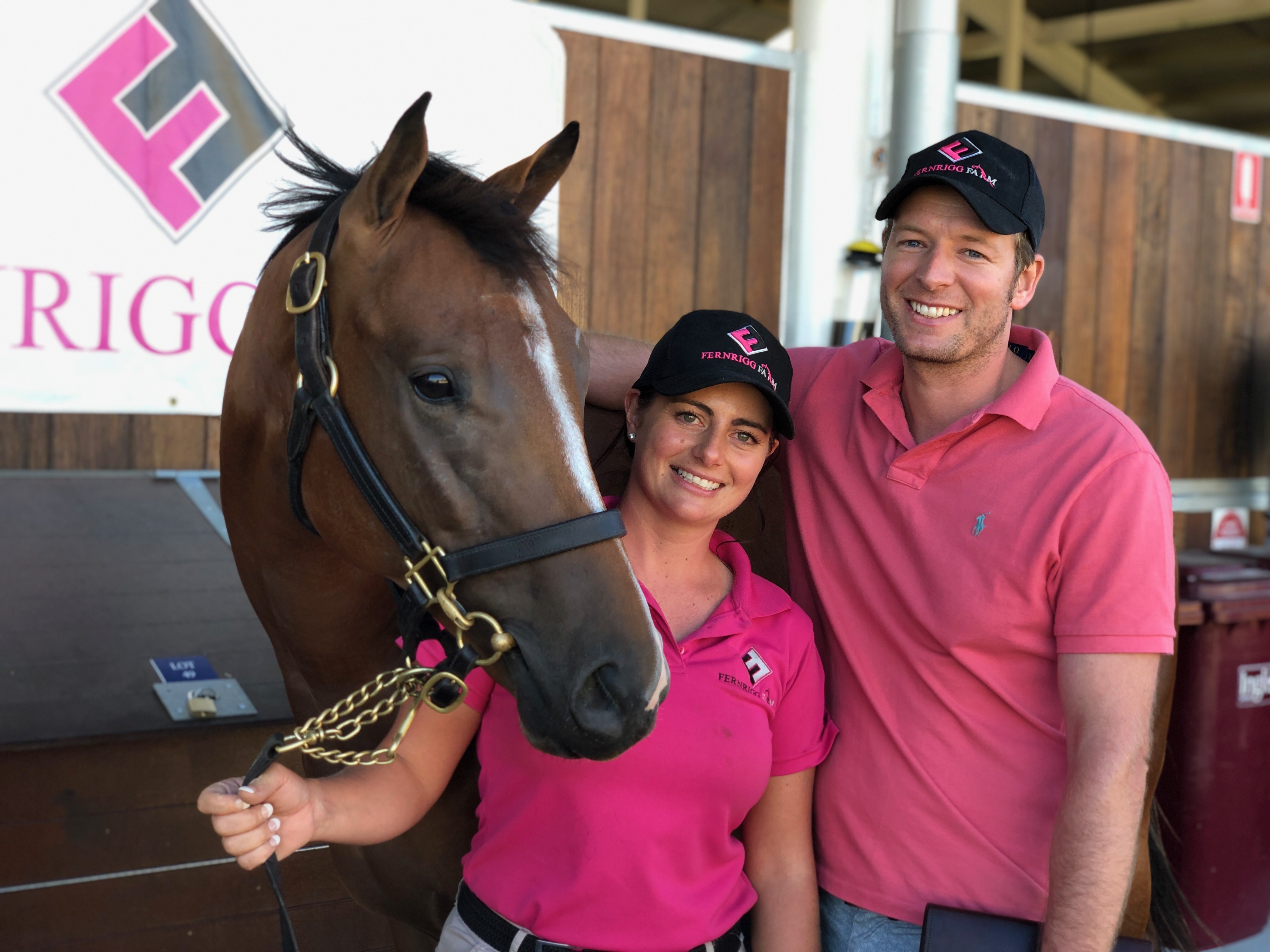 What an impressive debut it was for the Breeders Plate-Gr.3, 1000m winner Shaquero at Randwick in October, trainer Chris Waller describing the colt as a horse with “class written all over him.”

As does the exciting Hong Kong galloper Excellent Proposal who won three in a row (from just four starts) for the John Size stable, a crack at the prestigious Hong Kong Derby-Gr.1, 2000m beckoning.

Both horses are Fernrigg Farm Magic Millions graduates and again in 2021 there is considerable strength to their horses on offer, a group of well related yearlings by a mixture of proven and up-and-coming stallions.

Clearly in the former ranking is boom sire Written Tycoon who has three in the draft; the second foal for the Group Three mare Crucial, a son of the Group Three winner Travesura and a filly out of a half-sister to Linton.

Not A Single Doubt has a colt from the family of Criterion whilst Exceed And Excel has the first foal for Annie’s Luck, a half-sister to the Group Three winner Translate. Snitzel’s sons Russian Revolution and Invader are both represented, the former by a son of the stakes winner Capar Girl and the latter by a colt closely related to Estijaab.

I Am Invincible has the first foal for the stakes placed Unequivocal, whilst Pride Of Dubai has a daughter of the stakes placed Golden Phoenix and a colt out of a half-sister to the outstanding broodmare Sun Shower.

Deep Field is represented by a colt out of a half-sister to the stakes placed Upshot and a colt from the family of the Coolmore Classic-Gr.1, 1500m winner Alverta whilst Nicconi is the sire of the first foal for the winner Immortal Miss from the family of Shadow Hero, Appearance and Victory Vein.

Sebring has a filly out of the winner Adsila, a half-sister to the Listed winner Zubbaya whilst Caravaggio is the sire of the second foal for De Oro, a 3/4 sister to the classy Hong Kong sprinter Hot King Prawn.

Describe your draft for 2021 with highlights
This year’s draft is particularly exciting as we have planned most of the matings and all but six of the yearlings carry our brand. Over recent years the property has produced tough, top quality racehorses and this year is no exception. We have selected a group of well developed, precocious individuals all well suited to this early sale and I suspect there will be a few early two-year-old runners amongst them. We pride ourselves on attention to detail and our small team of dedicated professionals work tirelessly from the day each horse is born to ensure that they are given every opportunity to realise their potential.

A stand-out is the gorgeous black filly out of Heather’s Grace by ‘sire on fire’ Written Tycoon. She was the first born in 2019 and naturally fell into a dominant position. She became famous amongst our team for running towards them at full speed, swinging around and presenting them with her huge hindquarters for a bum scratch and then, as soon as the scratches stopped she’d let rip at you with both back feet and take off running. She is a very well-balanced filly with great strength and real presence.

Lot 91 is a colt by one of my favourite stallions Not A Single Doubt and there is no questioning who daddy is. He is very typical of what you would expect to see from the sire; good bone, short cannons, strong hip and shoulder, athletic stride and a big white blaze. He is a really speedy looking two-year-old type with a flawless attitude.

Lot 580 is an absolute Queen by Zoustar who we all know can give you a serious filly! She has a pedigree full of speed and boasts plenty of upside with Aidensfield being so promising. She has great scope, natural strength and that wonderful Zoustar action.

In one sentence, how would you sum up the internet?
Why did I spend so many years in school?! #google

If you had the power to shrink any one object and carry it with you in your pocket, which item would it be?
Padraig and I enjoy camping and exploring hidden treasures. There are so many stunning places in Australia, and I always think to myself how amazing it would be to have one of my horses there to go galloping across an untouched, white beach, or through a tranquil, mountainous, national park. Therefore, it would be really cool if I could just pull Gilbert, Charlie or William out of my pocket.

What’s the weirdest thing a guest has done at your house?
Anyone who knows her would not find this weird, but Padraig’s colleague Fiona stayed over one evening and I thought it strange that she disappeared into the bathroom to take a shower, without a towel. It turned out she assumed the new towel with “Mrs” inscribed on it was for girls and the one with “Mr” on it was for boys. They were actually our wedding towels inscribed with our wedding date, folded neatly on display.