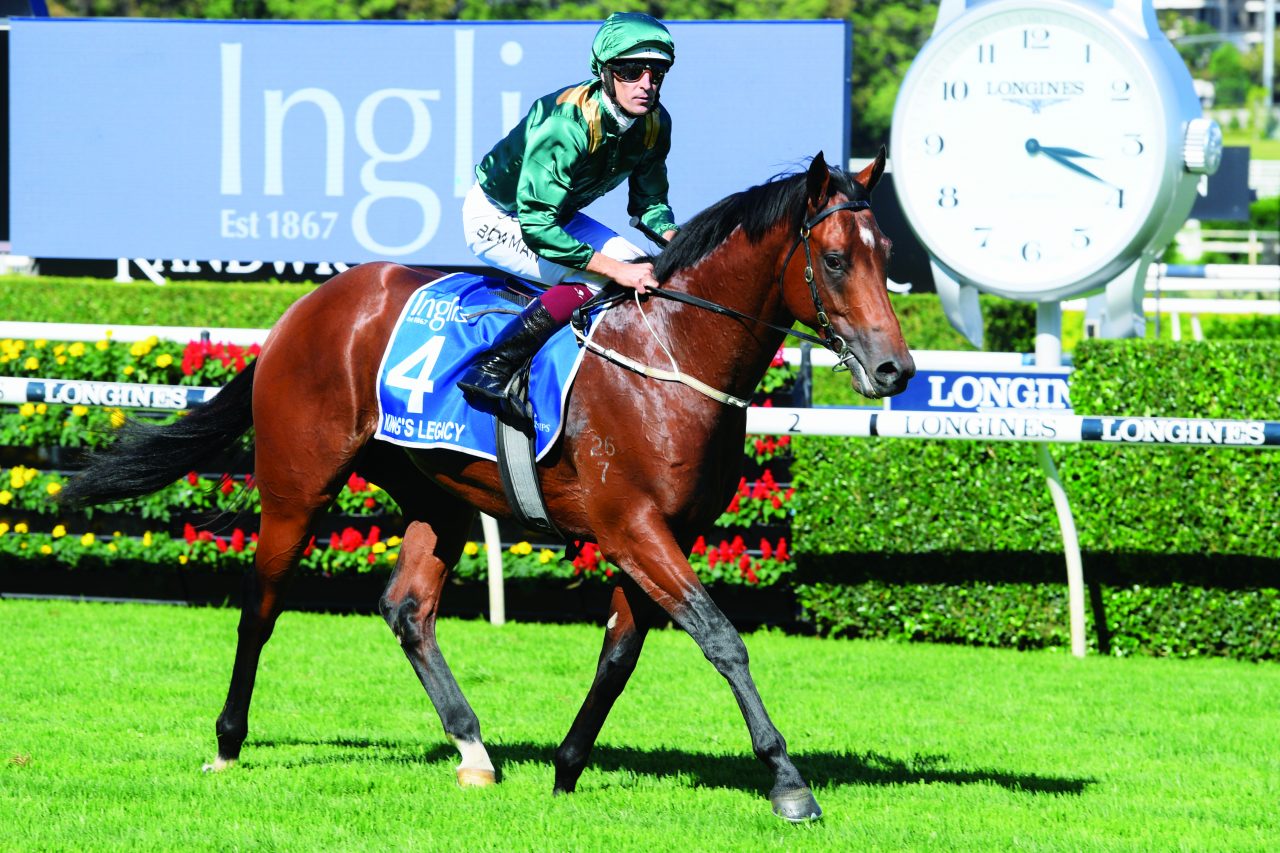 Sire line, race record, type, family; King’s Legacy has it all and it may be that his name proves apt with his sire Redoute’s Choice undoubtedly a King of thoroughbreds.

Redoute’s Choice is a proven sire of sires with 29 of his sons siring stakes winners and one of the best of those is Not A Single Doubt, sire of 75 stakes winners including 15 Group One winners.

Not A Single Doubt’s success is not surprising considering that the family from which he hails also produced the triple Group One winner Snippets, sire of 57 stakes winners; nine Group One winners.

And this is the prolific Easy Date family that King’s Legacy belongs to, his third dam Singles Bar being Not A Single Doubt’s dam. Also amongst his relations are the Group One winners Forensics, Oohood, Ertijaal and Rewaaya.

Little wonder then, being the imposing type that he is, that King’s Legacy was in such high demand as a yearling; secured for $1.4 million. And it was not long until he looked worth that gamble, off a luckless debut third proving too strong in the BJ McLachlan Stakes-Gr.3, 1200m.

Doing a great job finishing close up in Magic Millions 2Y0 Classic-RL, 1200m at just his third start, King’s Legacy on the back of a solid Golden Slipper-Gr.1, 1200m run was soon after a little more ground. And it was over the 1400m of the ATC Sires’ Produce Stakes-Gr.1 that he was able to show his best with a gutsy victory over Prague, Mamaragan and Ole Kirk.

Favourite stepping up to the mile of the Champagne Stakes-Gr.1, King’s Legacy was again too strong, securing a piece of Redoute’s Choice history as that great stallion’s only dual Group One winning juvenile.