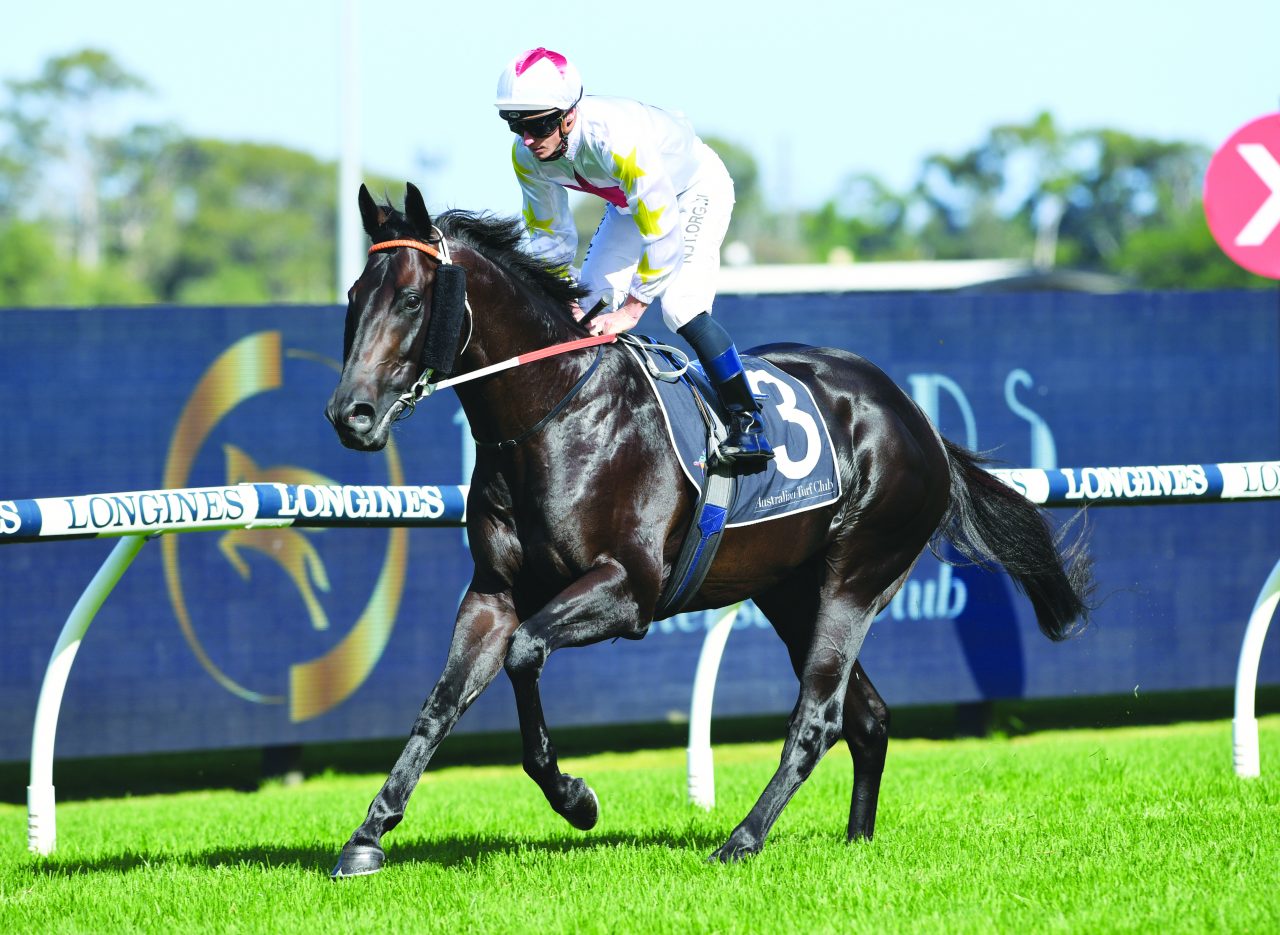 With the Invincible Spirit branch of the Danzig sire line proving so popular in this part of the world, this handsome sprinter by I Am Invincible’s best son Brazen Beau (sire of 13 stakes winners in his first three crops) is bound to attract attention.

A dark brown entire with a look of his dual Group One winning sire, North Pacific is Brazen Beau’s second most expensive yearling, fetching $800,000 at the 2019 Inglis Melbourne Premier.

Tackling Group Two company in the Silver Slipper Stakes, 1100m at debut, North Pacific caught  the eye with a strong finishing third behind Farnan. Given a little time, he was back in action with a 2½ length victory over 1100m at Rosehill in July.

And whilst that was an impressive win, it was at his next start that North Pacific really stamped himself as a talent, racing away to a 5¼ length victory in the Up And Coming Stakes-Gr.3, 1300m.

In the thick of things in the Run To The Rose-Gr.2, 1200m (third behind Rothfire and Ole Kirk) and the Golden Rose-Gr.1, 1400m (only just beaten by Ole Kirk), North Pacific was galloped on when finishing a close up fourth in the Eskimo Prince Stakes-Gr.3, 1200m, bouncing back with a Hobartville Stakes-Gr.2, 1200m second to Aegon.

Subsequently sustaining the injury that led to his retirement, North Pacific (from the family of successful stallion Keeper) heads to stud as the winner of over $450,000 from just eight starts. Newgate will be hoping that he adds his name to the list of successful stallions to have won the Up And Coming, a race won by the likes of Snitzel, Fastnet Rock, Testa Rossa, Exceed And Excel and General Nediym.