Matthew Sandblom’s Kingstar Farm continues to impress with its commitment to the breeding industry and will present its first Magic Millions Gold Coast Yearling Sale draft in 2021. Conor Phelan spoke to Bluebloods about this exciting next step for the Hunter Valley farm. 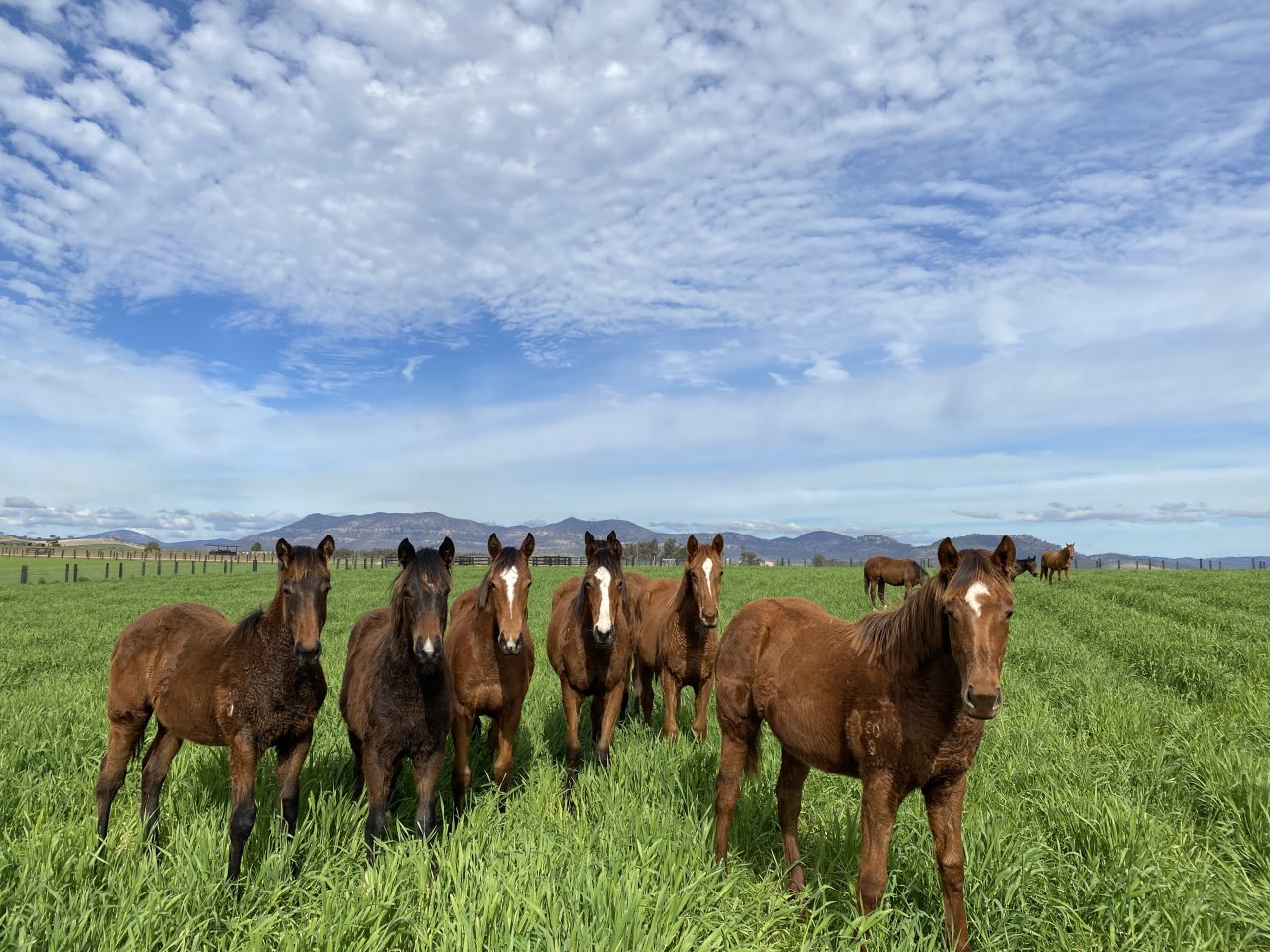 Kingstar Farm has been in operation for four years now and this will be our first Magic Millions January Yearling draft. Kingstar have done well selling at Magic Millions previously; a highlight had to be when Missrock (Fastnet Rock) sold for $2.3million at the 2019 Magic Millions National Broodmare sale. We are looking to make a similar impact with our first draft of Magic Millions yearlings, and we’ve focused on putting together a draft with plenty of good physical types. We have ended up with seventeen in the sale. Kingstar has over 800 acres now and this draft have all grown out well,” said Phelan. “We had our first on farm inspections within a week of bringing them in and the yearlings were very well received. We always welcome buyers onto Kingstar during the preparation to have a look at our operation and inspect the whole draft. If you can’t make it onto the farm we can arrange a virtual parade of the specific yearlings you wish to see. We are only five minutes from Denman, and ten minutes from Coolmore for reference, so we’re well within reach of anyone in the Hunter.”

The debut draft of yearlings for the Gold Coast includes nine colts and eight fillies by a range of stallions who hold commercial appeal and many siblings to quality racehorses. An obvious standout on pedigree alone is lot 542, a Pierro colt. A three-quarter brother to Gr.1 All Aged Stakes winner Pierata (Pierro), being out of Pierata’s half-sister, Mischief Night (Shamardal). This colt is only the fourth foal for his young unraced dam, who has already left Gr.3 Vain Stakes winner Our Playboy (Sebring).

“He’s a cracker of a colt, and has been since birth. We bought the mare in foal at Magic Millions and she’s produced this fabulous colt for us. To top things off, her second foal Our Playboy won the Vain Stakes this spring. He’s a good type that lives up to his pedigree.”
“Another head turner in our draft is the Lonhro colt. Everyone who has visited the farm picks him out of the paddock and wants to know who he is, and now they do – he’s Lot 22 and will certainly get us off to a good start. He is all class, has the attitude to match and hasn’t put a foot wrong through this preparation. The quintessential professional.”

Kingstar Farm’s Lonhro colt is the third foal of an unraced half-sister to recent spring carnival “Listed winner Ain’tnodeeldun (Dundeel) and last month’s Sha Tin winner Mighty Valor. All are out of dual Stakes winner Ain’tnofallenstar, a sister to the dam of 2020 HKJC Longines Hong Kong Sprint contender Stronger and a half-sister to Singapore Horse Of The Year Stepitup and Bachman. The draft also showcases colts by Deep Field, Flying Artie, Dissident, Russian Revolution and the only Wandjina and Bull Point colts in the Sale.

“We are heading up to the Gold Coast with an extremely strong group of fillies from families that are hard to buy into. Our fillies are by a good mix of proven and emerging sires such as Extreme Choice, Capitalist, proven sires Sebring and Deep Field, as well as first season sires Russian Revolution and Invader.”

The Sebring filly is very well related being a full sister to Gr.3 Chairman’s Stakes winner Thurlow out of Listed winner Princess Emmy from the family of Our Tristalight, while the Extreme Choice filly is the first foal of Hazlebrook (Hinchinbrook), a speedy mare who placed at two, and later won over 800m.

Kingstar will offer two yearling fillies by Golden Slipper winner Capitalist, led by a half-sister to group winner Lead to Win, out of Gr.1 winning 2YO Leading the Way who is closely related to two individual Horse of the Year winners; Life of Victory and Northener, while the other Capitalist filly is out of a daughter of Gr.1 winner Cinque Cento.

With three quality types by Deep Field in their draft, Kingstar Farm expect all to sell, especially the colt which is the first foal of a winning mare from the family of Gr.1 winner Appearance and the two fillies bring exceptional pedigrees to the table and give buyers an opportunity to grab the next Xilong. Unrevealed’s Deep Field filly is her second foal and her first foal Palamos (Extreme Choice) won extremely impressively on debut and will head to the Karaka 2YO Millions. A four race winner in Japan, Unrevealed is a full sister to group winner Brownie Points (Forest Wildcat) and Australian buyers should be well aware of how well imported USA mares perform as broodmares here. The other Deep Field filly is a half-sister to two stakes horses, proving that this is a pedigree on the improve.

Kingstar Farm will also present a yearling colt by their own young stallion Bull Point (Fastnet Rock) who is already the sire of stakes placed Encountabull and Readily Availabull, the first 2yo to book it’s place in the 2021 Magic Millions 2yo Classic. This yearling colt is the second live foal of a winning half-sister to dual Gr.1 winner Regimental Gal, and dam’s first foal is already a winner. “He will be the first Bull Point yearling to sell in 2021, and certainly won’t disappoint as a type, very precocious”.