Bluebloods spoke to Jo Griffin about life during COVID, and their 2021 Magic Millions draft. 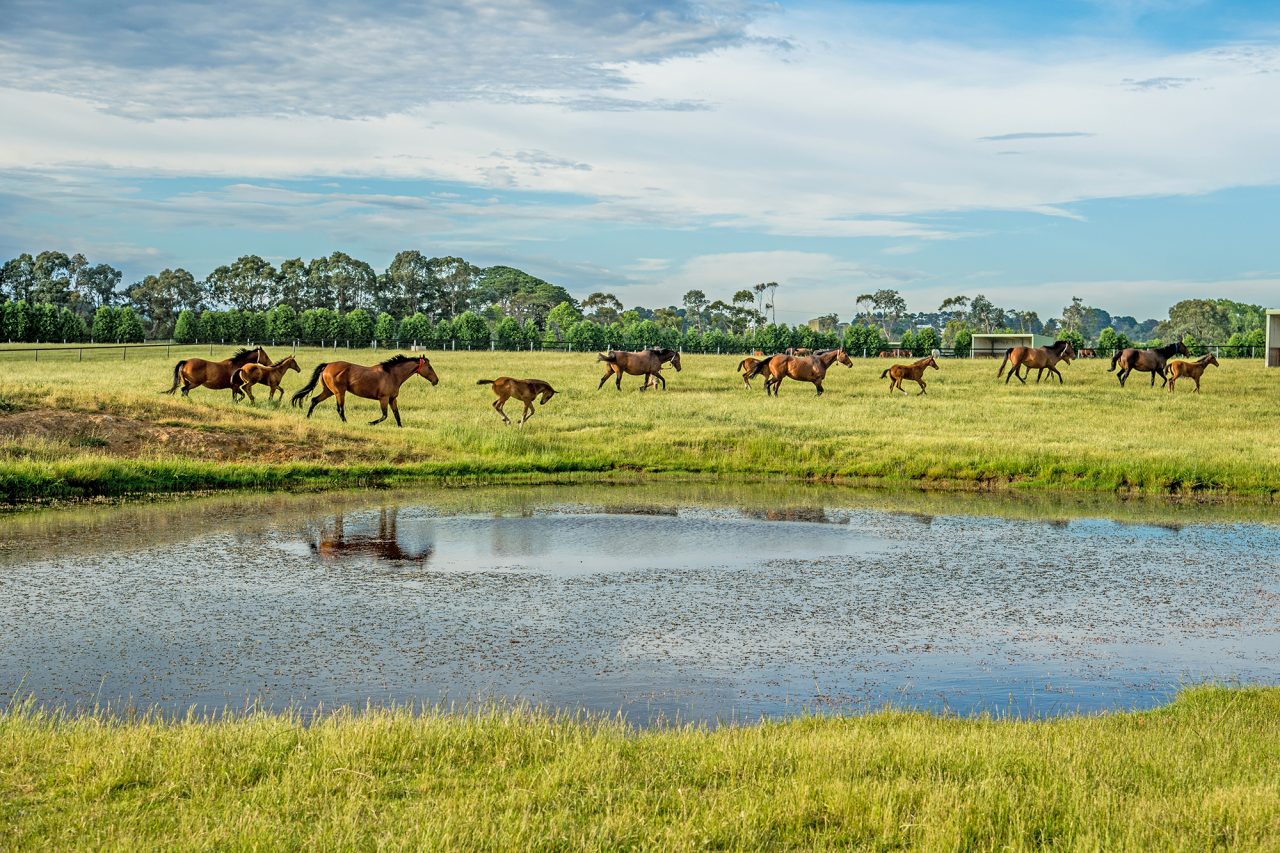 “The shortage of labour in the industry prior to COVID was something everyone was trying to address, and COVID accelerated the issue, proving how reliant we are on overseas staff during the season. At Lime Country, we’ve tried to retain the people we have by focusing on lifestyle and less working hours, however, that puts pressure on us as a family to pick up the extra time and work load. The other big difference is that we usually travel over winter to Makybe in Victoria, and make decisions collaboratively about sales, and with the travel restrictions, we haven’t been able to do that this year.”

In 2021, Lime Country Thoroughbreds will present a solid draft of 16 yearlings, nine colts and seven fillies, led by a pair of colts by Champion Sire Fastnet Rock who continues to churn out top class racehorses. “We have four Fastnet Rock yearlings to sell this year, and we put these two together in the Magic Millions Gold Coast Yearling Sale as they are both neat, more compact, early maturing types of Fastnet Rock, more in the mould of Merchant Navy.” Lot 29 is the first foal of winning mare Alice Island, a full sister to group winner Miss Steele. “He’s nearly white so quite striking. He’s a first foal born in August who is a sharp, early type.” Lot 828 is the third foal of Star of Sydney, a half-sister to Co-champion 2YO Colt Invader and Gr.2 HKJC Jockey Club Sprint winner Not Listenin’tome. The first two foals have recently had their debut raceday start, so a pedigree update is likely before the sale. “We sold a Snitzel from her previously, who was more angular, taller, a later maturing type. This colt is a much earlier type of horse, he has a great hip, swings along in his walk, confident, well balanced, and sound.”

Not many Lonhro colts make it to public auction, so Lot 285 presents an opportunity to grab a son of a Champion Sire, and this one is from a sire making family and his dam, Eyes Of Love, is a winning daughter of group winner Lovetrista, who is in turn a half-sister to Viking Ruler, Kempinsky, and Diamond Like. This colt brings together two strains of the famed Eight Carat family via Lonhro’s sire Octagonal, and his maternal line. “Bred by Graham and Linda Huddy, they have retained the first foal, a Snitzel filly, and are selling the colt. It’s an old Cambridge Stud family, and he’s quite a scopey colt. I’m pleased with his physical type.”

A Written Tycoon filly, Lot 526, is a fine long term investment, being the first foal of Matildare, a winning half-sister to stakes placed two year-old winner Gold Anthem, the dam of Champion Sprinter and sire Starspangledbanner. “She was the most expensive filly sold at the Magic Millions weanling sale and a real standout on type. We pinhooked several horses for the 2021 sales with clients, and we were confident spending big on this filly because if something stopped her being on-sold, we would be happy to race her and keep her as a broodmare. She’s here and will be someone else’s opportunity.”

From Sebring’s last crop comes Lot 292, a filly from a winning half-sister to Gr.1 winner Amicus and two year-old stakes winner Cheer Leader. “She’s been a stand out filly since birth, and has very good size and scope. I am very impressed with the mare to have thrown this quality into her first foal.”

Triple Gr.1 winner Caravaggio is represented by Lot 443, a colt from winning Lonhro mare Kimblewick, a half-sister to South African group winner Table Bay, from the family of dual Gr.1 winner Cape of Good Hope. “He is a colt with superstar quality, and is a lovely mix of his damsire, Lonhro, and grand-damsire, Cape Cross. The now two year-old half-sister by So You Think sold very well as a yearling and the buyer came back to the sales and bought Kimblewick which is always a great sign.”

A pair of yearlings on behalf of New Zealand farm Jamieson Park are Lot 948, a colt by Pierro from a winning half-sister to two stakes winners, and Lot 85, a Savabeel filly who is the second foal of winning Fastnet Rock mare Beachley, from the family of Preferment. “Those two yearlings will arrive here on 30 November. The feedback from Magic Millions on both of Jamieson Park’s yearlings was very complimentary and we are excited to offer their stock for the first time.”

A Zoustar half-sister to Lime Country’s Magic Millions graduate La Girl, who ran fourth on debut in the Gr.3 Ottawa Stakes and went to be a two year-old winner last season is Lot 450. This filly’s dam is a half-sister to two group winners, Savvy Nature and Addictive Nature, and this is the family of Gr.1 New Zealand One Thousand Guineas winner Hasahalo.