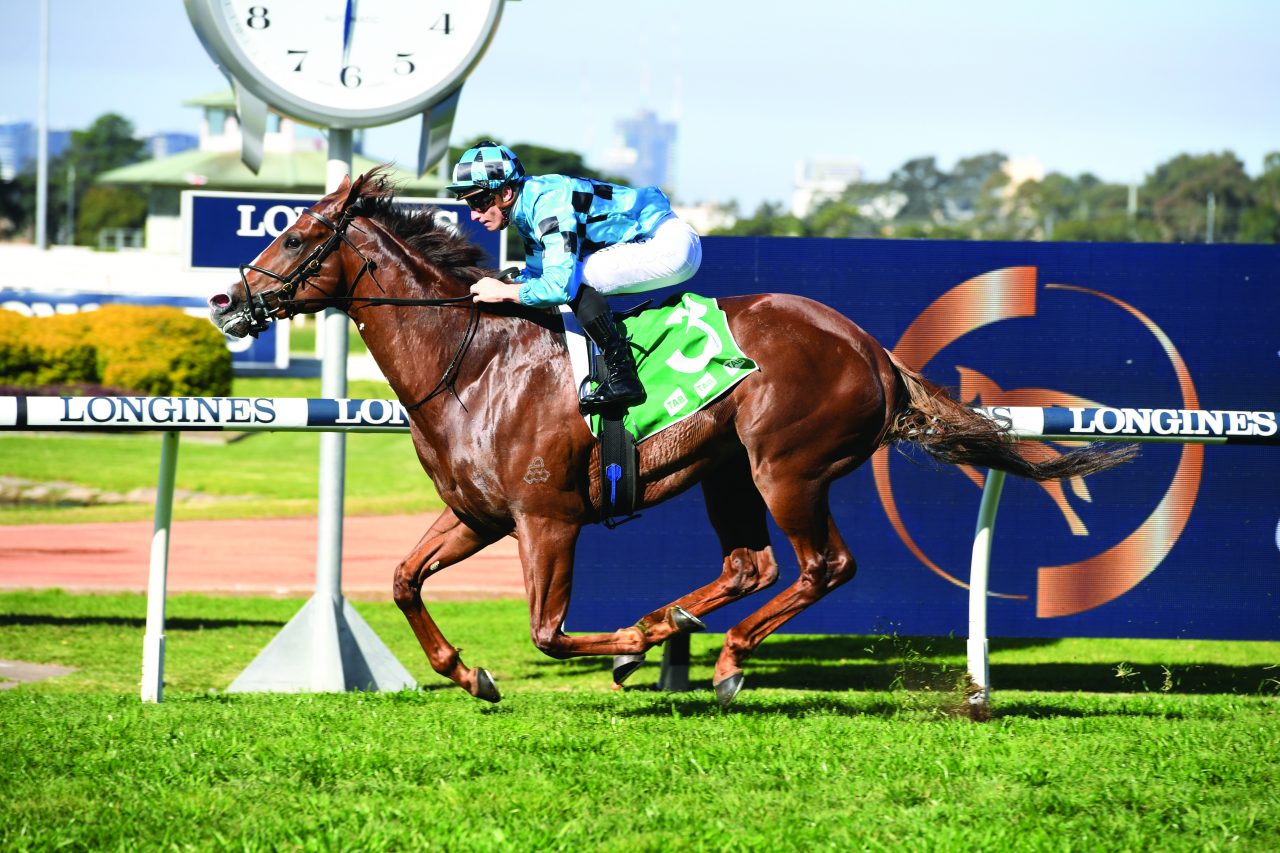 In great form over the autumn and winter months of last year, Anders recorded three dominant wins in a row; a 6½ length maiden victory at Wyong followed by success at Rosehill. Back from a break he picked up right from where he left off, adding to his resume the Rosebud-Listed,1100m at Rosehill (putting 4¾ lengths on Ole Kirk) and the San Domenico Stakes-Gr.3, 1100m in which he proved 3¹/3 lengths too good for Peltzer in race record time.

Illness and injury (he sustained a wound when close up in the Oakleigh Plate-Gr.1, 1100m) prevented Anders from further success but all those connected with him were confident that he had Group One ability and his racing style; his ability to accelerate from on pace, will stick in the minds of breeders as they attempt to breed speed into their mares.

One of 75 stakes winners sired by Not A Single Doubt, Anders was bred by Arrowfield Pastoral and sold at the 2019 Gold Coast Magic Millions Yearling Sale for $670,000. He is a son of the imported War Emblem (US Champion 3Y0 Colt, winner of two legs of the Triple Crown) mare Madame Andree whose dam Glamour Stock by the legendary Sunday Silence is a half-sister to the Group One galloper Exciting Story.

This is a prolific American family that has been producing quality performers for generations, its other members including the big race winners Rest Your Case, Optimistic Gal, Hatim and Bates Motel (successful sire of 33 stakes winners).

An eye-catching chestnut with a touch of the Rory’s Jester influence we so often see in the better Not A Single Doubt runners, Anders is bred on the same Not A Single Doubt/Mr Prospector cross as the Group One winners Farnan, Extreme Choice, Scales Of Justice, Miracles Of Life, Qafila, Mighty Boss and Samadoubt.